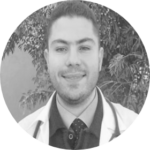 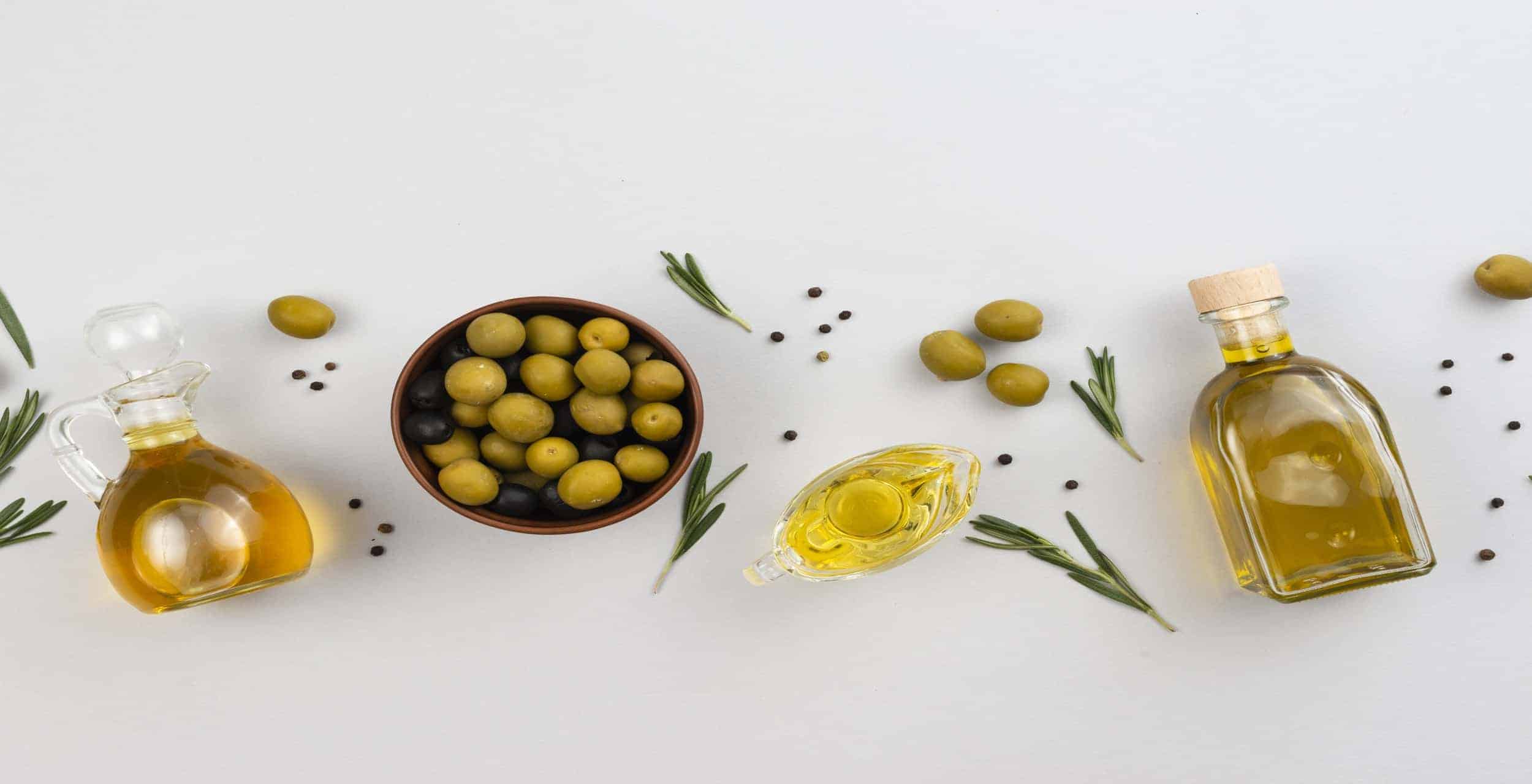 Pressed from the produce of the olive tree, olive oil is undoubtedly one of the most popular and widely used cooking oils on the planet. It is especially popular in the Mediterranean, where the climate for growing olive trees and harvesting their fruit is really ideal. Wondering is olive oil gluten-free? Yes absolutely! Olive oil is naturally gluten free and is a popular ingredient in a variety of gluten free dishes. Over the years, olive oil has been used in thousands of recipes with outstanding results. For many, it is considered as one of the healthy dietary choices.

There are various kinds of olive oil and different varieties of olive trees produce very distinct, unique and rich flavor of olive oil. When it is naturally produced, olive oil contains no gluten. Homemade olive oil should be a guaranteed gluten free cooking oil. Additionally, it is known that olives and olive oil have absolutely brilliant health benefits.

This article explores the production of olive oil, the usage and health benefits of olive oil as well as the available choices of gluten free olive oil brands in the market. 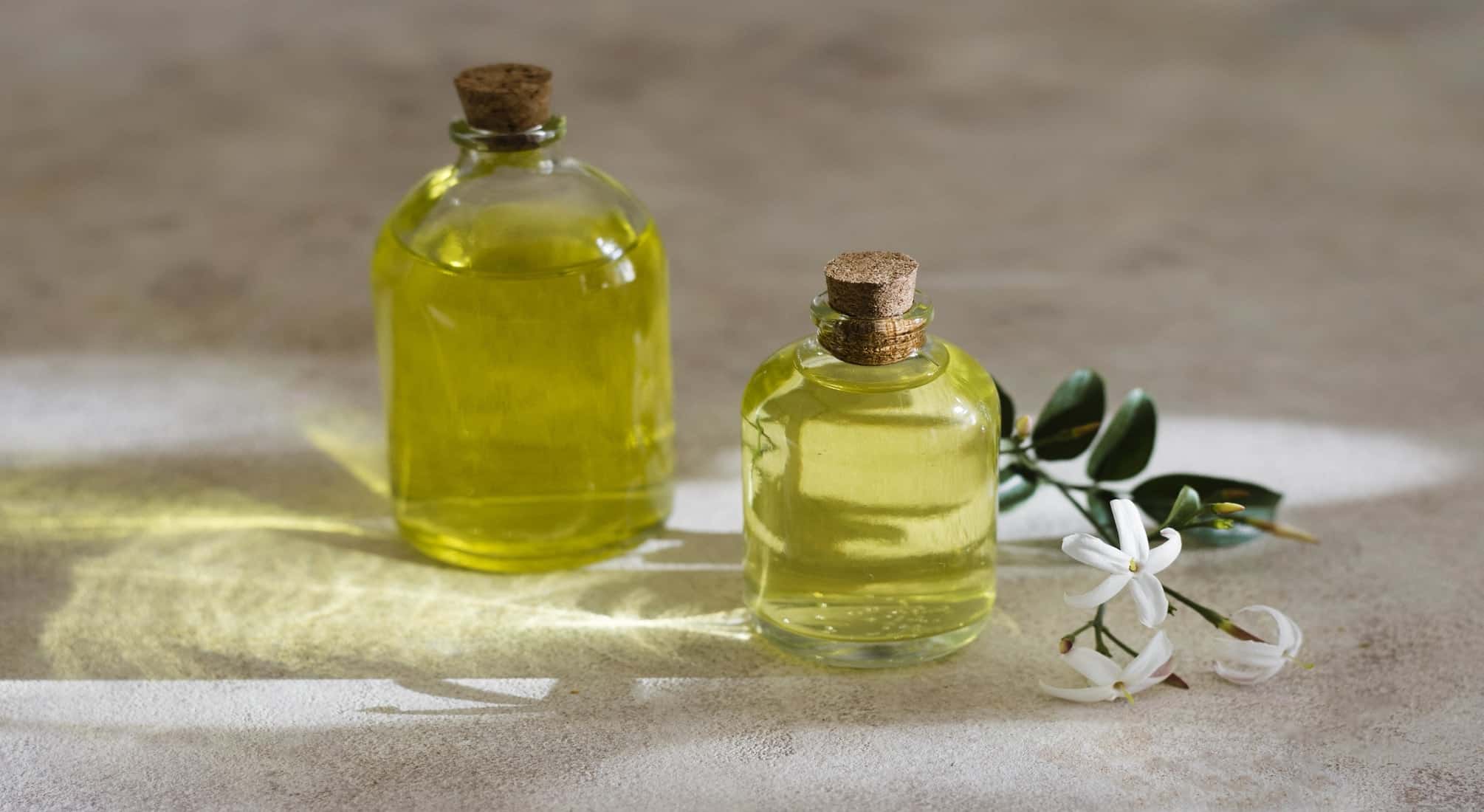 Olive oil is one of the simplest oils to make. It only involves squeezing the oil out of the olives. This simple pressing technique has been used since ancient times and the oil was especially popular in late antiquity and the Middle Ages in Europe. With this technique, an approximate two cups of olive oil can be squeezed from four to six pounds of olives.

Natural olives do not contain gluten. By that understanding, pure olive oil is also gluten free. However, many commercially manufactured oils and some olive oil brands can be contaminated with gluten. They can also have gluten infused in them so often they are not purely gluten free.

In commercial plants, olive oil is produced on scale using chemical machinery. By applying heat to the olives and crushing them using a centrifuge mechanism, production lines can output far more olive oil than you could by hand.

Unfortunately, since these methods usually favor efficiency and output quantity over quality, the olive oil produced loses some of its natural flavor. In response, manufacturers compensate by augmenting it with extra chemicals. During this refinery process, olive oil can become cross contaminated with gluten. It can also be infused with gluten inclusive substances at the time of manufacturing, processing or even storage.

Generally, though, cross contamination tends not to be a problem in ninety five percent of production plants. They usually guarantee the prevention of cross contamination. If the brand claims that the cooking oil won’t have any gluten and that their pressing factories are safe from cross contamination, it’s safe and reasonable to believe them. This is especially true if they’re a popular brand. 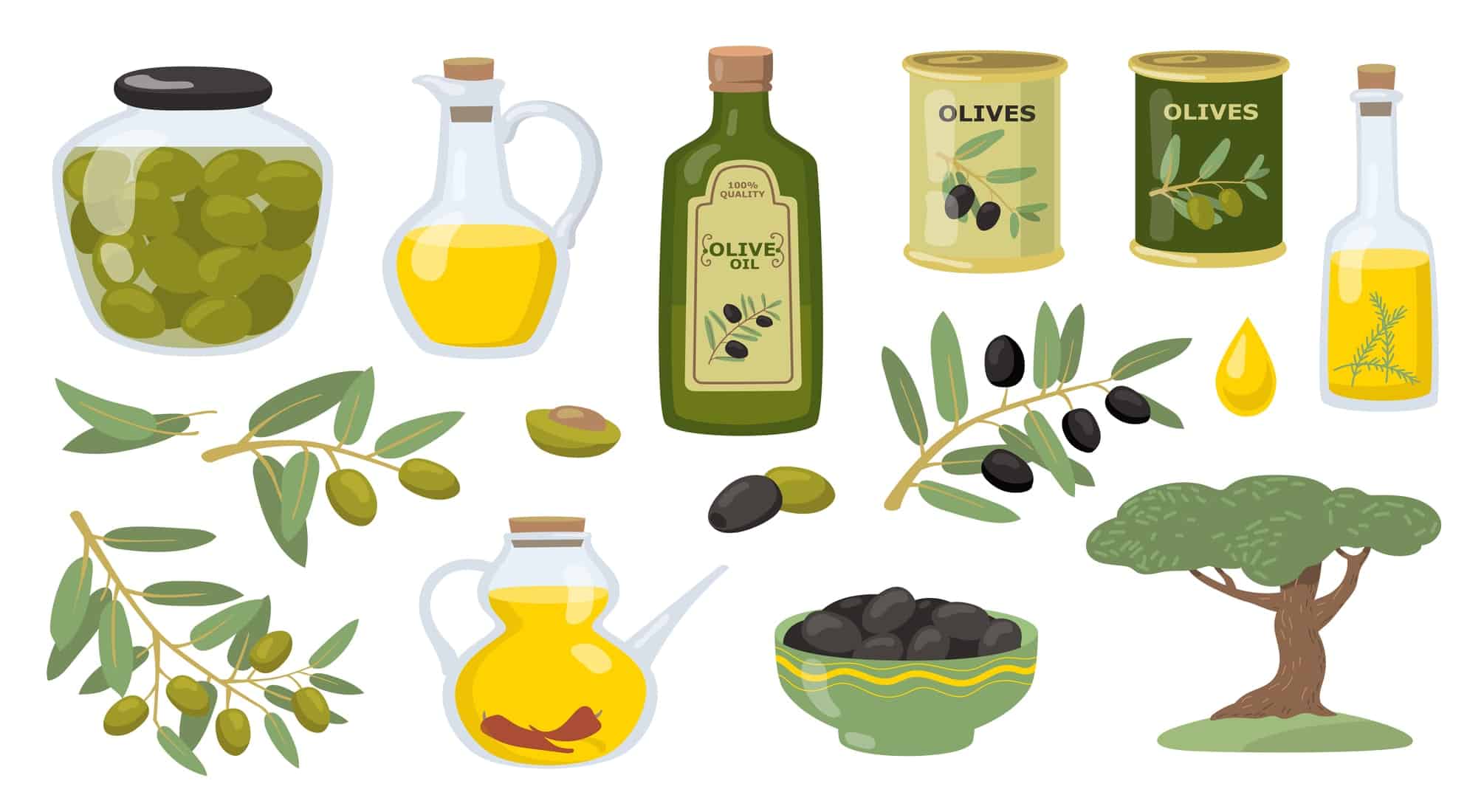 Extra Virgin Olive Oil is undoubtedly the highest quality of olive oil available. As it is produced through safe, sustainable mechanical means with absolutely zero chemical influence, it retains its richness and fantastic taste. With only about 0.5% acidity and many of the nutrients and beneficial fats still preserved, extra virgin olive oil is great for your health and is absolutely delicious.

Some recipes don’t require an oil with a rich, distinct flavor. Some recipes only need an oil which can serve the purpose of amplifying the other, existing flavors. Extra light olive oil is just perfect for this purpose. As the name suggests, it is “light” in flavor. Its refinery has caused it not to be too strong or rich. Hence, it usually isn’t used as a salad dressing. Some people do actually like extra light olive oil because they find extra virgin olive oil too bold.

While the other varieties of olive oil are almost entirely natural with no chemical involvement and only simple mechanical pressing techniques, refined olive oil is an improved version of virgin olive oil. It has fair less acidity than homemade oil and it is fairly bland. Even though the primary chemical structure of the oil is preserved, a lot of the flavor is removed. Usually refined olive oil is used to supplement stronger oils to create a delicious mix which isn’t too overwhelming but also has substance.

As mentioned most forms of olive oil are produced mechanically and occasionally chemically. They all have heat applied to help extract the juice from the olive fruit. Cold press olive oil on the other hand doesn’t apply any heat. It is an even more natural oil form with a far higher ticket cost than typical branded oils. That’s because it’s much harder to produce. It has a unique flavor which many people love, and can go very well with some other types of olive oil. You have to know how to mix the high-quality cold press olive oil with some rich flavors, like those found in extra virgin olive oil. Cold press olive oil is used in less recipes. That isn’t surprising given its high price tag and frequent unavailability. However, it’s also because it is often used on special delicacies on its own to preserve its unique traits.

As well as having a superior taste to many other kinds of cooking oil, olive oil also ranks among the healthiest fats in the world. The following explains three potential health benefits of consuming gluten free olive oil:

Heart disease is among the top ten causes of death in the world. According to the World Health Organization, an estimate 17.9 million people lose their lives due to cardiovascular disease every year.

Several studies and research have shown that consuming more Mediterranean oriented diets, that is, ones with more olives and olive oil, can significantly reduce the risk of heart disease and mortality rate. A research study among more than seven thousand people was conducted in 2013. Results from the study showed that among participants with high cardiovascular risk, the intake of Mediterranean diet together with extra-virgin olive oil greatly reduced the incidence of cardiovascular events.

In actual, extra virgin olive oil plays a vital role in protecting against heart disease. It helps prevent excessive blood clotting, improves the lining of blood vessels as well as lowers inflammation. Besides, the consumption of extra virgin oil has also been shown to lower blood pressure level, which is one of the leading risk factors for heart disease and premature death. In one research study, it is found that the intake of extra virgin olive oil substantially reduced the need for blood pressure medications among the participants.

Extra virgin olive oil has powerful health benefits for your heart. Even though many health experts do suggest to include it in your diet, it is important to always speak to your health professional or doctor before making any substantial changes to your lifestyle and diet.

Are you aware that stoke is the second leading cause of death and a major cause of disability in the world? Every year, more than 795,000 people in the US have a stroke. In every forty seconds, someone in the States has a stroke and someone dies of a stroke in every four minutes. According to the World Health Organization, nearly fifteen million people suffer from stroke worldwide every year. It is an alarming global issue!

Unexpectedly, several large studies actually revealed that people who consume olive oil have a much lower risk of stroke. A large-scale review of studies which included more than 841,000 participants, it is found that the sole source of monounsaturated fat that is linked with a reduced risk of stroke is olive oil. One more study review involving 140,000 people also concluded that including olive oil in diet is highly associated with a lower risk of stroke.

Surprisingly, olive oil appears to be effective in reducing risk of type 2 diabetes. A number of research studies carried out put forward that following healthy dietary patterns such as the Mediterranean diet with extra virgin oil plays a beneficial role in preventing the development of type 2 diabetes.

In a randomized clinical trial involving more than four hundred healthy participants, they confirmed the protective effects of olive oil against type 2 diabetes. Hence, this suggests that olive oil combined with a Mediterranean diet can reduce your risk of type 2 diabetes. 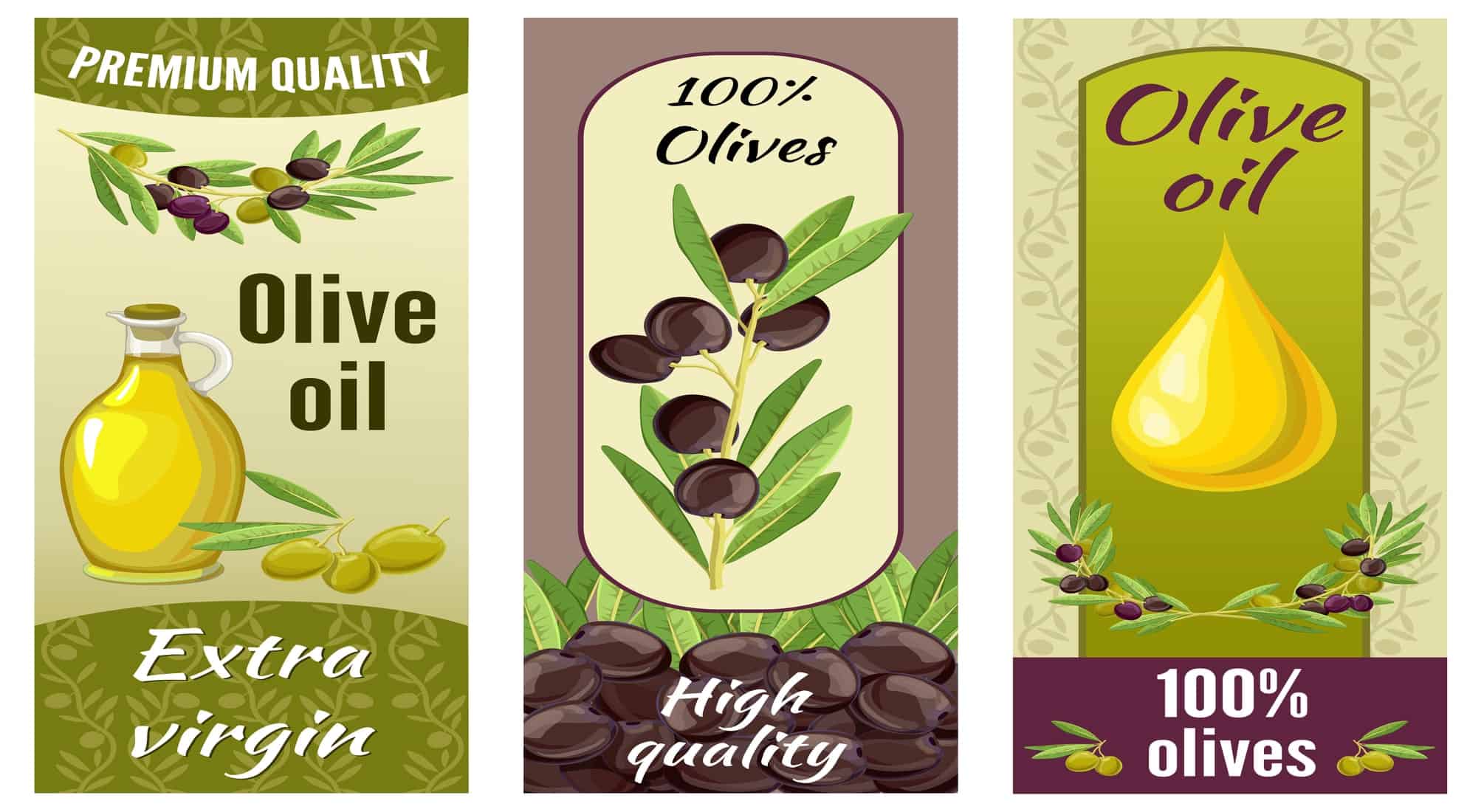 The above brands all mark their oil products as “gluten free”. Some guarantee no cross contamination in the olive oil squeezing, production and refining process. They are all delicious gluten free olive oils sourced from Mediterranean locations. Many come from really beautiful farms with hand-picked olive trees. So, if you’re looking for a very high-quality gluten free olive oil brand which can provide you with fantastic, gluten free oil with rich, delicious taste for good prices, we personally recommend the aforementioned brands. However, it is also vital that you do your own research and find an available gluten free olive oil brand in your location. Find one that suits your tastes and requirements, especially if you’re looking to achieve the health benefits from the oil, too. Always consult with a health professional before making any significant changes to your diet or lifestyle.

Naturally produced cooking oils like canola oil, sunflower oil, and vegetable oil should be gluten free. Sometimes they are not if produced through commercial means. Before trusting in any factory produced cooking oils to be gluten free, you should read the labels and run a quick online search. Check whether the brand you have chosen does indeed produce gluten free products. Also check whether anyone else has had an issue with the product and complained about it online. It’s even recommendable to contact a manufacturer if you’re considering buying the product in large amounts or regularly. This is just to be certain that you’re safe and making a good buying decision. To take it one step further, find out what cooking oils your favorite restaurant is using for their gluten free menu options. This gives you a good indication of a gluten free cooking oil brand which you can almost entirely genuinely trust in.

Time to take crucial steps on your health journey! Your Health. Your Life. Your Priority. 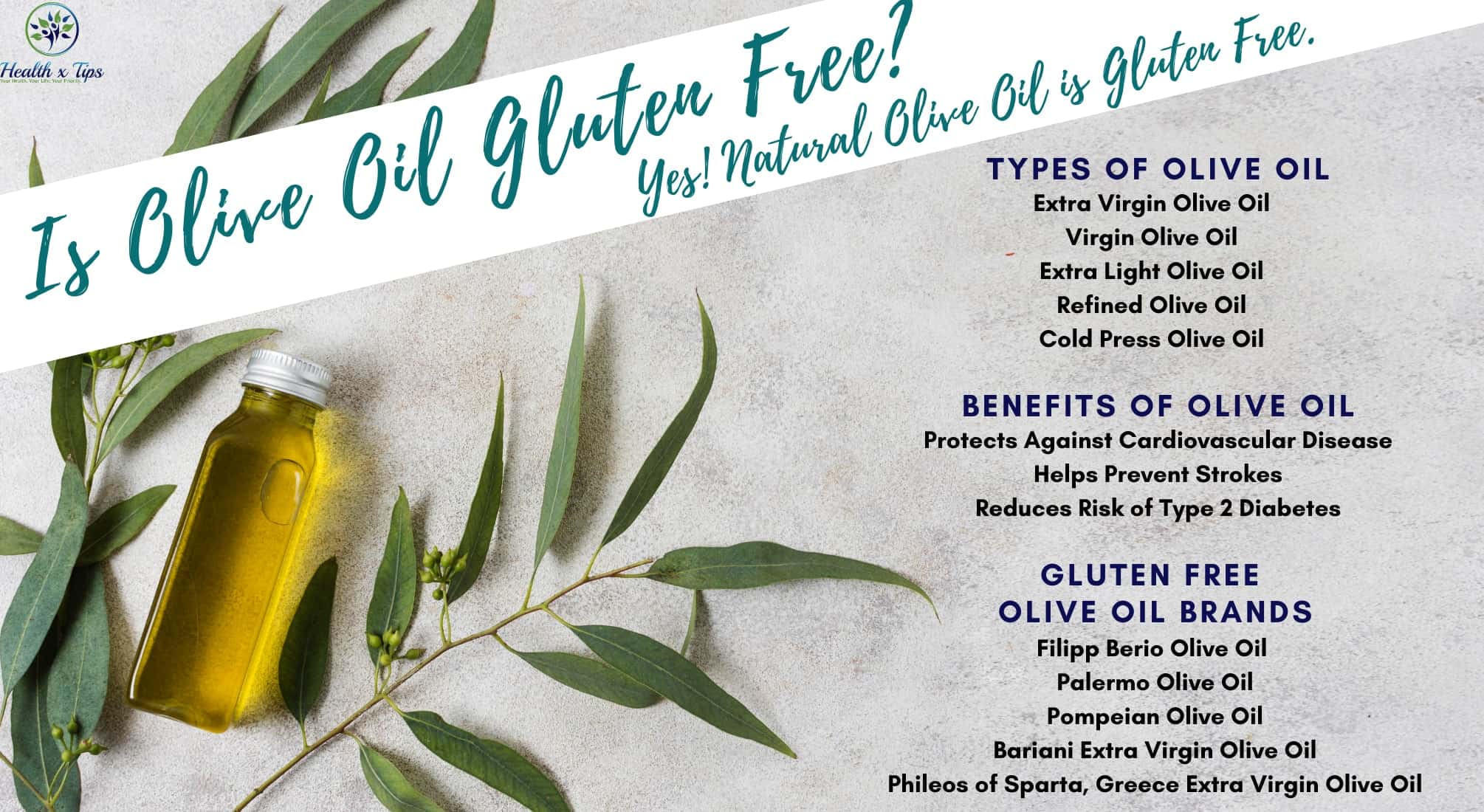 Share the article. Spread the word. Together we make a positive impact to the world.

Everything About Apple Cider Vinegar (ACV). EVERY SINGLE THING.

Need to Lose Weight: Just 2 Steps, Based on Science. That’s It.

Cardio Drumming – All Facts That You Must Know

Myths and Facts About Calories in Salmon

Essential Oils for Back Pain: Say Goooooodbye to “Ouch” Forever 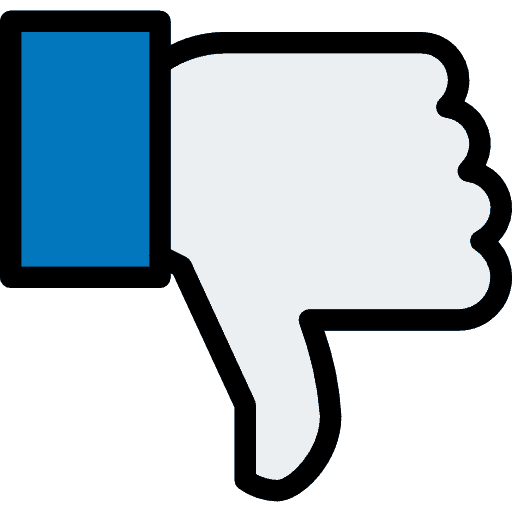 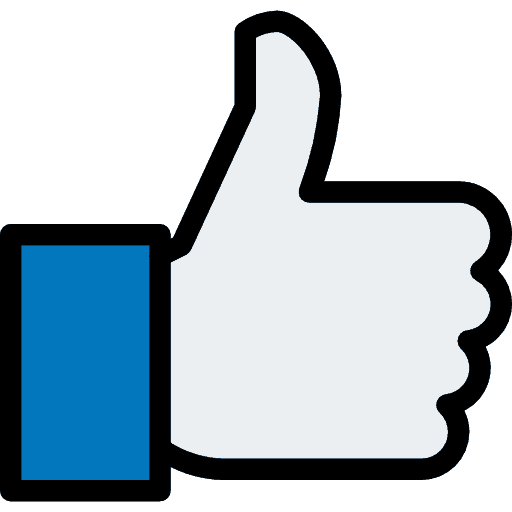 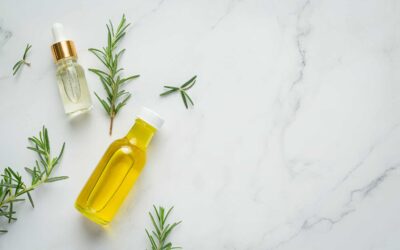 Wondering How to Make Rosemary Oil?

Rosemary essential oil is a plant extract and it is most commonly known for its soothing effect on the human brain. Wondering how to make rosemary oil? Come check out. 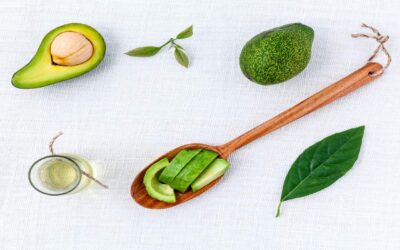 Avocado Oil for Cooking. Are You Serious?

Avocado oil is an edible oil taken out from fresh avocado pulp. Wondering is avocado oil good for cooking? Is it beneficial than other cooking oils? Check out here. 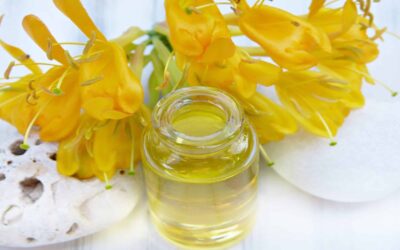 Benefits of Cypress Essential Oil that You Must Know